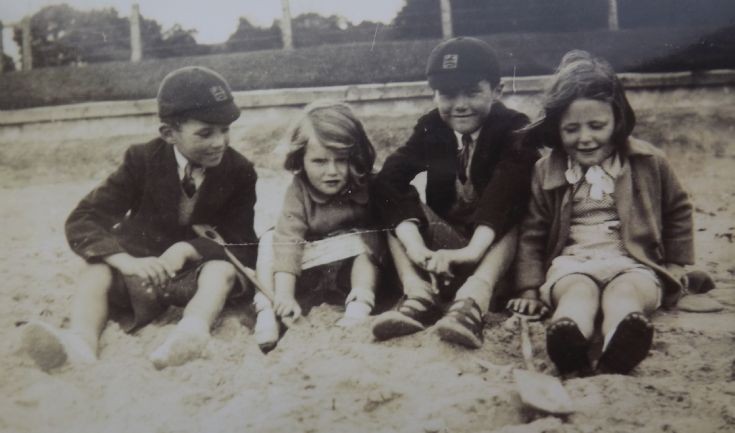 This picture looks like it was taken in the 1940s/early 1950s. The two girls are (second left) Joan Macleman and (first right) Jessie Gibson, both nee Macdonald, from Avoch - but who are the two wee boys in their smart caps?
Picture added on 22 February 2013 at 12:08